Home > News & Events > Painting and writing to fight cancer: the importance of being “more than a patient”

Painting and writing to fight cancer: the importance of being “more than a patient” 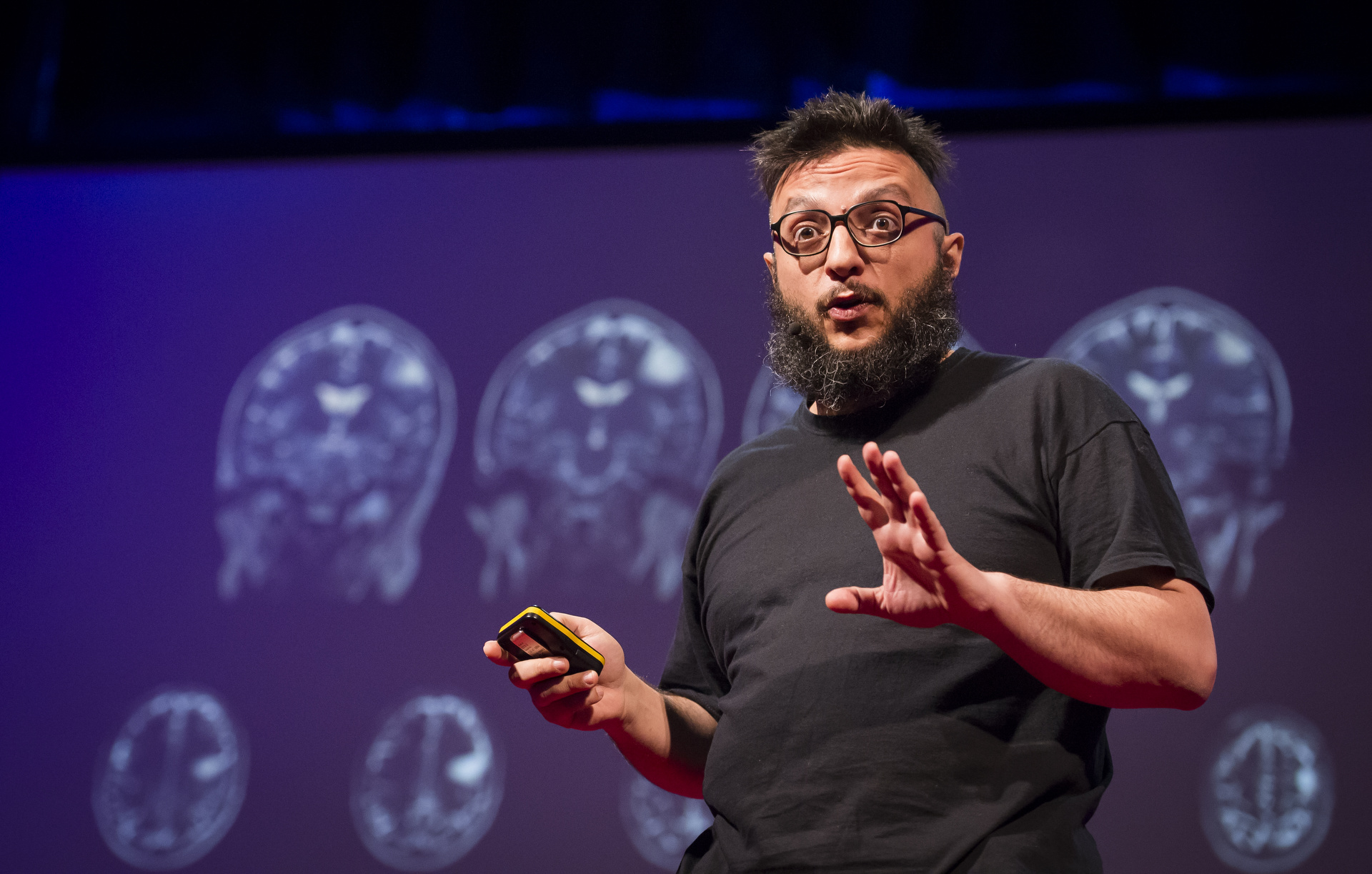 Developing art and creativity to improve the effectiveness and delivery of healthcare. From narrative medicine to the disclosure of one’s medical records on the net: how “open sourcing” feelings and fears can help fight cancer and reshape the concept of “cure”.

When Salvatore was diagnosed with brain cancer, he made headlines all over the world. International outlets like CNN and the BBC presented him as “the hacker who decrypted his medical records to create his open-source therapy”. “That was not the point”, says Oriana Persico, his partner in art and life until he succumbed to the disease, last summer. “By retrieving his own data and making them available on the net, he made a ‘bio-political act”. He was not questioning the authority of medicine, but the role of the patient and the disease within our societies. He wanted to set them free from the narrow perimeter of the relationship with the medical staff and fuel a broader human exchange, involving former patients, artists, and ordinary citizens too”. The result was an overwhelming flow of over 15,000 contributions in just a few weeks. “I received suggestions for medical treatments, but also art, videos, poems and messages just saying: ‘I am here for you!’,” Salvatore recalled from the stage of a TED Talk. “Why have I done all that? Because I wanted to produce a substantial social change, by redefining the word ‘cure’”.

What Salvatore felt was missing, was an approach taking into account the patient in all of his or her human complexity. “Once you are diagnosed with cancer you become just a patient, a set of medical records”, he said. “As a human being, you are left with many big questions: ‘Can I still make love? Can I still work? What can I actually still do?’ Medicine does an excellent job, but often ignores lots of these questions.” His words are echoed by another cancer patient, quoted by the website Curetoday: “I didn’t recognize myself any longer. Going through tests, scans and surgery, I found my identity shifting from that of a strong, self-reliant individual to that of a weary, frightened patient with cancer. I looked like a patient, I acted like a patient, so surely, I was one”. Such questioning depends on the sudden and ground-shaking changes produced by the diagnosis, explains Sofía Luque Suárez, Psychologist at the Spanish Association Against Cancer, AECC. “Patients would like to be as they were before, but cancer changes them. This is where the problems with the ‘outside world’ come from: in the eyes of society you keep being the same person, but you are not anymore”.

The keyword at the origin of such an emotional earthquake is “uncertainty”. “All of a sudden everything becomes unknown”, says Luque Suárez. “You don’t know how your family will cope with your cancer; you don’t know how your professional environment will react. And you don’t know, especially, if the treatment will succeed”. Life expectancy is obviously the main concern. According to figures by the World Health Organization, cancer is the second leading cause of death globally, accounting for nearly 10 million deaths in 2020. To provide a therapeutical response to one of its most deadly forms, pancreatic cancer, the European project Ulises aims to set out a new strategy based on nanotechnologies.  “The nano-particles per se are a delivery system,” explains Cristina Fillat, project coordinator and researcher at the Hospital Clinic Barcelona, IDIBAPS. “We can look at them as cars, carrying something in their truck. In our case, they deliver plasmid DNA, aimed at transforming the tumor into something which will be rejected by the patient’s body as it can happen during transplants. We are basically trying to convert the tumor into something similar to an organ that would be incompatible for the patient, thus bringing the immune system to attack it.”

Attack, fight, war. The “verbal harshness of cancer” is mirrored by the use of terms, which ends up putting pressure on the patients. “What does it mean if you lose the battle?,” asks one of them on an internet forum. “Haven’t you been brave enough or fought hard enough?”. “People telling you to keep fighting when you’re feeling weak make you feel as if you’re doing something wrong or being cowardly.” Physical and psychological distress reverberates on friends and family, who would want to help but often don’t know how. “Patients often tell themselves that they must be strong, that they don’t have to be sad, or angry. Instead of guessing what they need, we should first of all help them voice their feelings and the way they are dealing with the disease.”

Helping patients to express their emotions is also one of the goals of “narrative medicine”. Arising in 2001 at Columbia University, it is presented on its website as an “interdisciplinary field that brings powerful narrative skills of listening and creativity from the humanities and the arts, to address the needs of both all who seek and deliver healthcare”. Its goal is to enable patients and caregivers “to voice their experience, to be heard, to be recognized, and to be valued”, thus improving the delivery of healthcare. “We try to develop the skills to understand, to interpret, to feel for,” says Rita Charon, Division of Narrative Medicine’s Chief at Columbia University. “And since those skills are best learned in the realm of art, we teach people how to write, how to paint, how to read. All the memoirs and the blogs that patients write are basically a cry, meaning: ‘Hey, look at me! I’m a human individual! I am more than the gallbladder in room 302’!”

Feeling seen, heard, and recognized in all of one’s complexity, as claimed also by Salvatore with his disruptive act, has a concrete impact on the effectiveness of the therapy: “Does it shorten the course of a heart attack? I have no idea,” says Charon. “But it makes it more likely for a patient to come to see that physician for the next appointment, to take the pills or follow the diet that he had recommended him. It is not only a matter of psychological well-being but also of trustworthiness”. And trust is exactly what Fillat calls from industries: “Once the Ulises project is over, the fastest way to make our therapy available would be to be financed by big pharma. The results of our vitro tests are encouraging and we’ll soon move to the proof of concept, but the clinical trials are far too expensive for any academic partner.” The urgency of developing new therapies is confirmed by the statistics. In 2020, slightly less than half a million people were diagnosed with pancreatic cancer and more than 465.000 died from it. Among the ten most common cancers with the highest ratio between incidence and mortality, it presents at an advanced incurable stage with five-year survival rates of around 5%. 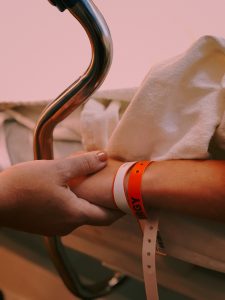 Fighting cancer: when survival depends on geography and education

If you’re just born in the wrong country, or social class, you may have a 60% less chance of surviving cancer. On World Cancer Day, experts call to fight “inequities”: not a matter of chance, but of modifiable factors which might save millions of lives. 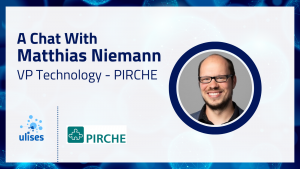 Matthias Niemann, VP Technology of PIRCHE, explains in this interview how his company is contributing to the ULISES goals in the fight of cancer. 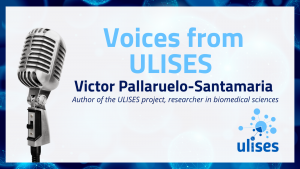 Project partner Victor Pallaruelo talks about ULISES during the format “El Laboratorio de Jal” of RADIO 5, one of the most popular online radio stations in Spain.

Subscribe to our newsletter to receive the latest updates right in your inbox.